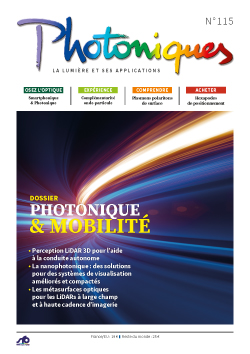 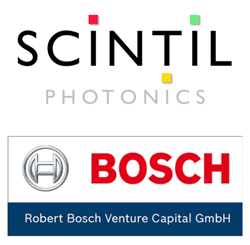 Metalenz metasurfaces are now on the market through its partnership with STMicroelectronics, marking the introduction of this revolutionary optical technology in real-world devices 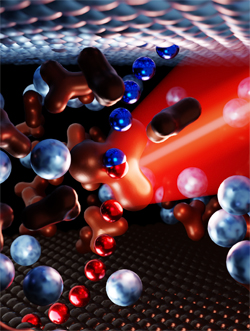 Nanocrystals are semiconductor nanoparticles with size tunable optical features. They are now mature enough to be integrated as light sources in displays. In such devices, nanocrystals can be optically excited and used as a light down converter to generate green and red light from a blue light emitting diode (LED) made of InGaN. A more complicated challenge is the use of nanocrystals as active material for LED where they have to be both optically and electrically active. Since the early 2000s, such nanocrystal-based LEDs have been demonstrated in the visible and near infrared range. However, up to now, there are no reports of nanocrystal-based electroluminescence above 1.7 µm. This spectral range corresponds to a technological gap. Indeed, up to telecom wavelengths (1.55 µm) quantum well technologies based on III-V materials provide an efficient and powerful light source, and above 4 µm the quantum cascade laser is now well established. In the middle, only a few systems can be used. A consortium of researchers in Paris has explored the potential of HgTe nanocrystals for electroluminescence above 2 µm. 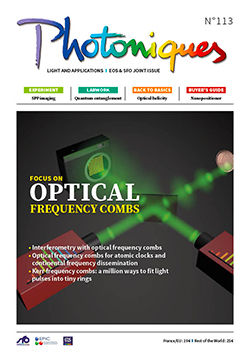 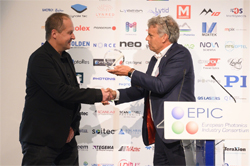 A Celebration of sustainable growth focused on the excellence of micro-optics
7 April 2022 - The European Photonics Industry Consortium is delighted to announce that the winner of the EPIC CEO Award 2022 is Reinhard Voelkel, CEO of SUSS MicroOptics.

During the Annual General Meeting 2022 celebrated in Vilnius, Lithuania, the European Photonics Industry Consortium announced its new board member: Nicoletta Casanova, CEO and President of FEMTOprint.